First edition of an e-sport event in the French mountains

Grand Massif Destination (Flaine, Samoëns, Haut-Giffre and Les Carroz) is organizing, with We Are Esport, for the first time in the heart of the snowy mountains, Play Grand Massif Smash Cup.

First edition of an e-sport event open to all with Super Smash Bros Ultimate video game:

Play Grand Massif Smash Cup revolves around a registration tournament and free play for all visitors, little ones and grown-ups.

It is open to amateurs, customers and holidaymakers during the qualifying rounds. The final will pit the best amateurs against the best French pro players.

The Super Smash Bros Ultimate game is PEGI13 (accessible to ages 13 and up).

Places are limited, registration is free but compulsory on the website Play Grand Massif Smash Cup until 8:00 p.m. the day before each tournament. 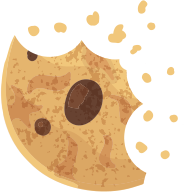 Tawk.to
Allows you to see the online chat forum.

Webcam
Allows you to see the webcams.

This site uses cookies to improve your experience whilst optimising our site and the services it provides. Cookies are text files that are placed on your computer. Some of them are essential to make the site work properly, others gather information about how visitors use the site.
Please accept our cookie policy to continue using our website.
I refuse
Personalise
I accept